1.What are the characteristics and features that make Romeo and Juliet a tragedy?

First, you will note that the play starts out in a temporarily stable but inherently precarious situation. The feud between the Capulet and Montague families is harming the city of Verona, but the situation is essentially a stalemate. When Romeo decides to attend the Capulet party and falls in love with Juliet, the situation becomes radically unstable.

Romeo and Juliet count as tragic heroes because they are noble and potentially admirable characters whose downfalls occur because they fall in love with each other and act on it. The audience is sympathetic to them. Their impulsiveness is a tragic flaw. The key conflicts are between the families and between the young couple and their families. The sad ending includes the death of both protagonists.

2.Why is Tybalt responsible for Romeo and Juliet’s deaths?

In many ways, it could be said that Juliet’s hotheaded cousin Tybalt is responsible for Romeo and Juliet’s deaths.

In Act III, Scene 1, Tybalt challenges Romeo to a duel. Romeo refuses, but Mercutio accepts the challenge in an attempt to protect his friend’s honor. Tybalt kills Mercutio, which goads Romeo into combat. Romeo kills Tybalt and is forced to flee the city. Later, we learn Romeo has been banished from Verona and will be killed if he is caught returning.

Thus, Tybalt is essentially responsible for Romeo’s exile, and Romeo’s banishment sets up the elaborate death potion hoax that ultimately goes awry and results in the deaths of both Romeo and Juliet. As such, although Tybalt doesn’t directly kill Romeo and Juliet, his decision to goad Romeo into a duel is indirectly responsible for the tragedy that unravels in the later acts of the play.

3.What events leading up to Romeo and Juliet’s deaths show that fate played a major role in the outcome of the play?

We first see this in the streets of Verona when a random messenger stops Romeo and his friends in order to seek help with reading a document he is supposed to deliver. Through this chance meeting–arguably an act of fate–Romeo learns of the Capulet’s ball and decides to attend it in hopes of seeing Rosaline. This, of course, leads to him meeting his lover, Juliet, instead. Whether or not this love is a matter of choice or fate remains to be seen, but the meeting itself was certainly all due to the universe’s timing.

Fate strikes again in the form of a messenger after Romeo is banned from Verona for killing Tybalt; this time, however, fate is not so kind. After Friar Laurence’s messenger fails to deliver the news of Juliet’s plan to fake her death, Romeo believes that his love has actually perished and commits suicide in the Capulet crypt. Juliet wakes to discover her dead husband and consequently kills herself as well. This is an example of being at the wrong place at the wrong time.

Clearly the lovers were destined to meet, as well as destined to part. Their ultimate demise harkens to the opening of the play, in which the prologue declares that they are „[a] pair of star-cross’d lovers.“

Ultimately,  they were only racing against time and their own destinies–a fruitless race and one that resulted in their deaths.

4. What are 6 important differences between Tybalt and Mercutio?

For one, Tybalt is Juliet’s cousin, and he hates Romeo and all the Montagues.  Mercutio is Romeo’s best friend, though not a Montague.

Mercutio is related to Prince Escalus, which means he must be from a fairly powerful family, even more so than the Capulets and Montagues.

Tybalt is particularly violent, saying, in the first scene, that he hates even the word „peace“; Mercutio is essentially peace-loving, though he will employ violence in order to protect his own or his loved one’s honor.

Mercutio is fairly intelligent, philosophizing about the nature of dreams and so forth, while Tybalt is really all about honor and strength and beating others.

Finally, Mercutio has friends.  He clearly hangs out with people whom he likes and who like him; Tybalt seems to inspire loyalty, but only, perhaps, out of fear.  He doesn’t have any „friends,“ per se.

5.What are the climax and themes of  the play?

The climax or point of highest interest in the plot of Shakespeare’s Romeo and Juliet occurs in Act III, Scene 1 when Romeo kills Tybalt after the death of Mercutio. Romeo is subsequently banished, leading directly to the falling action and resolution of the play when Romeo and Juliet commit suicide.

There are several themes in Romeo and Juliet, but the three that seem to stand out are the contrast between love and hate, the power of fate and the contrast of light and dark.

The contrast between love and hate is at its most extreme in the middle of the play as Romeo and Juliet marry each other in Act II, Scene 6. The wedding is quick and secret, but there seems to be no denying the fact that the two young people are blissfully in love and grateful to be married. This act of ultimate love is immediately followed in Act III, Scene 1 by the violence of hate as Tybalt kills Mercutio and is, in turn, killed by Romeo in a fit of revenge.

The power of fate, which is often referred to as the „stars,“ pervades the plot. It is first pronounced in the Prologue as the audience is informed that „A pair of star-crossed lovers take their life.“ It is also hinted at in different sections as both Romeo and Juliet entertain the idea that their love may eventually lead to death. In fact, Romeo foreshadows his own death in Act I, Scene 4 as he claims that his attendance at the Capulet party may be the beginning of the end:

I fear too early, for my mind misgives
Some consequence yet hanging in the stars
Shall bitterly begin his fearful date
With this night’s revels, and expire the term
Of a despisèd life closed in my breast
By some vile forfeit of untimely death.

The imagery of light and dark is also pervasive. In Act I, Scene 1, Romeo is said to go into his room and shut out the light because he is in love with a girl who does not return his affection:

Away from light steals home my heavy son
And private in his chamber pens himself,
Shuts up his windows, locks fair daylight out,
And makes himself an artificial night.

When Romeo first sees Juliet, she lights up his world and „teaches the torches to burn bright.“ Throughout the balcony scene (Act II, Scene 2), Romeo again uses the the metaphor of light to portray Juliet.
The imagery of light and dark, however, is sometimes juxtaposed in the play. In Act III, Scene 5, as Romeo and Juliet are waking up from their honeymoon night, the dark, in the form of the nightingale, is the couple’s ally. It is the lark, „the herald of the morn“ and daylight, which is their enemy.

6. How is Romeo and Juliet similar to To Kill a Mockingbird in relation to theme, conflict, dynamic characters, etc.?

Romeo and Juliet is similar to To Kill a Mockingbird because in both works, people who are different from each other learn to love and respect each other.

Romeo and Juliet are from feuding families, the Capulets and Montagues, but they fall in love and realize that they are not really different. As Juliet says, „What’s in a name? that which we call a rose / By any other name would smell as sweet“ (II.2.47-48). In other words, she does not care if Romeo’s last name is Montague (though her family–the Capulets–hates the Montagues), as she values him for himself, not for his name.

Similarly, in To Kill a Mockingbird, Scout learns to love and appreciate Boo Radley, who is developmentally disabled, and to understand the injustice with which Tom Robinson is treated in a racist society. Atticus, her father, tells her,  „You never really understand a person until you consider things from his point of view…until you climb into his skin and walk around in it.” Atticus means that a person can’t understand another until they really try to empathize with that person and see what he or she is experiencing.

Therefore, the themes of understanding and intolerance are similar in both works, as are conflicts surrounding misunderstanding based on superficial differences.

In addition, there are dynamic characters, such as Scout, Romeo, and Juliet, who change in the works and become more empathetic towards people who are different than they are. 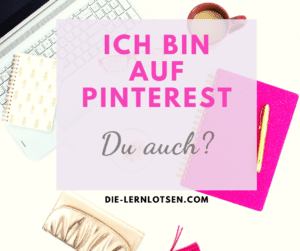